Restoring public trust in government and its elected leaders is Alexi’s top priority.

Inspired to run by his friend and political mentor, President Barack Obama, Alexi’s platform centered on the simple belief that it was possible to create opportunity where everyone, not just the privileged few, had a very real chance to succeed.

As an independent Democrat, Alexi pursued a progressive, reform agenda that focused on innovative initiatives and policies designed to curb ethical abuses, create jobs, safely invest taxpayer dollars and improve the financial futures of all Illinoisans.

In his first official act, Alexi ended pay-to-play politics in the Treasurer’s office by prohibiting his campaign fund from taking contributions from contractors, banks and office employees.

To prevent young adults from piling up debt, Alexi cracked down on credit card companies by authoring legislation to curb deceptive tactics marketers employed to prey on college students.

Alexi pursued a progressive, reform agenda that focused on innovative initiatives and policies designed to:

Alexi also played a role in helping Illinois-based suit maker Hartmarx avoid liquidation and save 1,000 jobs by threatening to pull state business from the factory’s main creditor, Wells Fargo. He argued that after receiving $25 billion in TARP funds, Wells Fargo had a responsibility to invest in American jobs and workers.

Unlike other states, Illinois weathered the 2008 market meltdown because of the Treasurer’s conservative and diversified investment strategy. Alexi introduced securities lending, which earned more than $2 million revenue for the state in its first year. To address the nation’s worst unfunded pension liability, Alexi drafted legislation to save the state $16 billion dollars by paying down its pension debt.

During a time of record foreclosures, the Treasurer’s office established a program to help Illinois homeowners refinance into sustainable and affordable mortgages so they could keep their homes by guaranteeing a portion of the mortgage before defaulting or missing a payment. Alexi also teamed up with the Attorney General’s Office to pass the Illinois Debt Settlement Consumer Protections Bill that banned the unscrupulous practices of debt settlement companies and prohibited hidden fees.

Alexi also set the pace on environmental initiatives, offering financial incentives for sustainable development and the purchase of hybrid vehicles. In addition, he expanded the state’s scholarship programs, earmarking money for the children of fallen military personnel and students pursuing agriculture-related degrees. 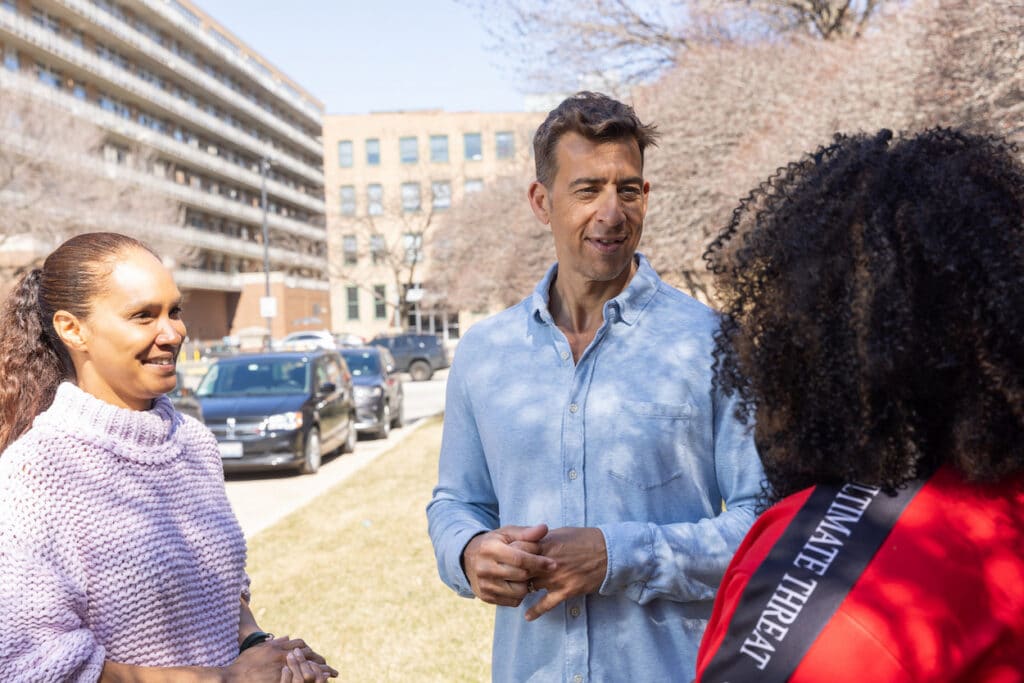 In 2010, Alexi became the Democratic nominee for U.S. Senate in Illinois with a platform to restore the promise of economic opportunity for every American and break the stranglehold of special interests and the misguided Republican-led agenda in Washington. In an effort to rein in Wall Street’s greed, Alexi became the first U.S. Senate candidate in Illinois history to refuse money from corporate PACs or federal lobbyists. He also became the first Illinois Senate candidate to favor legalizing same-sex marriage and support the repeal of the federal Defense of Marriage law that defined marriage as being between a man and a woman.

After leaving the Treasurer’s Office in 2011, Alexi was appointed by the Governor to serve as Chairman of the Illinois Community College System, overseeing the state’s 48 community colleges. He also became Senior Director at BNY Mellon Wealth Management, started the Kanela Breakfast Club Restaurant Group, which he has since sold, and taught at Northwestern University as an adjunct professor.

A lifelong Chicagoan, Alexi is the CEO & Founder of Annoula Ventures, which invests in start-ups.

He lives in Chicago with his wife, Josephine, and their three daughters.